Insurance Wars: The Matching Statute – How it Works, Why it Works & Why it’s Needed

Insurance Wars: The Matching Statute – How it Works, Why it Works & Why it’s Needed 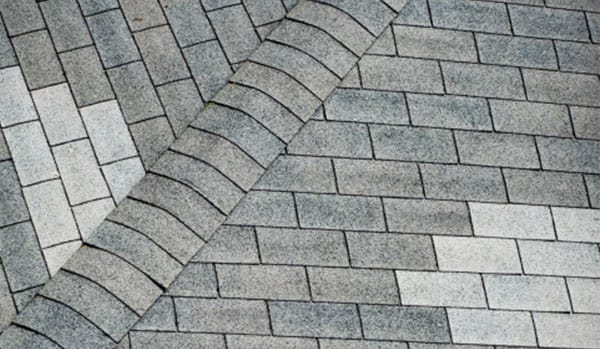 Insurance companies have spent a lot of money creating an image for themselves that they will be there for their clients to help them in their greatest time of need. They want you to believe that they’re “on your side” and will be there to offer help and guidance when a homeowner sustains damage to their home. However, these billion-dollar companies are actually focused on increasing their own bottom line. They have teams of experts whose primary goal is to save the company money by paying their policyholders the bare minimum. This leaves homeowners to feel as if there are no other options once a claim has been denied or underpaid. They might think the only option they have is to hire an attorney, which is a very costly avenue to take. However, there is another option. You can hire a public adjuster.

Noble Public Adjusting Group is here to standup for homeowners when they have insurance claims since the insurance company is ‘not’ always on your side and you’re ‘not’ always in good hands. As public adjusters, we are the only ones (with the exception of an attorney) with the authority to represent an insured with an insurance claim. We do everything an insurance company can do, except we’re on the homeowner’s side, and we aren’t afraid to go toe-to-toe with these big companies to ensure you get a fair settlement.

Unfortunately, we see homeowners get taken advantage of time and time again by their insurance company. Frankly, this happens so frequently, it’s the reason that we do what we do! As a way to shed light on how the insurance companies really work, Noble’s Reality TV series “Insurance Wars” was born! It shows various claims and scenarios that Noble has worked and settled for our clients. One of the things insurance companies often overlook is the Matching Statute which is covered in season 1: episode 8 of “Insurance Wars.” It involves a homeowner’s property that sustained wind damages from a tornado. Initially, the insurance adjuster came to the property, conducted a sub-par inspection and offered a check for $25,000 on the spot. Little did the owner know that it wouldn’t last long – and it ran out quick! Insurance companies try to settle claims quickly in an effort to get the homeowner to accept the money, before they’re able to research the costs associated with the damages. After reaching back out to the insurance company to say it wasn’t enough, they refused to budge on the payment amount. At a standstill and feeling defenseless, he didn’t know what to do. That’s when he called Noble!

Once Noble got on the case, we came out to the property and conducted a thorough inspection, and immediately noticed far more damage than was than was ever noted. Among other things, we found a small tree branch lodged into the siding of the home! The insurance company attempted to downplay its severity by saying only a small section would need to be repaired. In actuality, the little branch can be cause for the siding of the entire home to be replaced. This is possible due Florida Statute 626.9744 regarding the Matching Statute (which is also used in several other states). In the clip below, Chris explains the Matching Statute and you can see the insurance adjuster trying to deny full coverage.

The Matching Statute applies to more than siding. It can essentially be applied to any materials that should match, including (but not limited to) flooring, carpets, drywall, paint, siding, ceilings and roofs. If he hadn’t used Noble and only got a portion of the siding replaced (probably with his own money), his house would not “match” and could decrease the property value. This just goes to show that even if something seems like a small claim, there can be more than meets the eye, so it’s always a good idea to have a professional on your side.

Surprisingly, less than 15 states in the country have matching statutes and vary by state. What if your state doesn’t have a Matching Statute? The Principle of Indemnity is there to make sure that something like this doesn’t happen! It states that an insured property must be brought back to the same position, financially, after a loss than it was before the loss. Noble is well-versed in insurance law and will make sure that your property is indemnified back to its original condition.

As the case progressed, Noble worked extensively on the claim by gathering our own information and reports to back up the six-figure estimate. During negotiations, they still refused to budge on the payment amount and the case wound up going to court. Although the case took longer than hoped, Noble’s hard work and persistence paid off! The client ended up with a final settlement of $156,000!

Homeowners deserve to be appropriately compensated to ensure their home repairs can get done correctly and according to their policy coverages. As you can see, this doesn’t always happen. Having Noble on your side, we will inspect your home thoroughly and provide our own estimates backed by expert reports for all the damage, including what the insurance company neglects, providing you with the reassurance that you will be able to get the payout you’re entitled to.

Get every new blog post delivered right to your inbox!

Let Us Be Your Advocate!